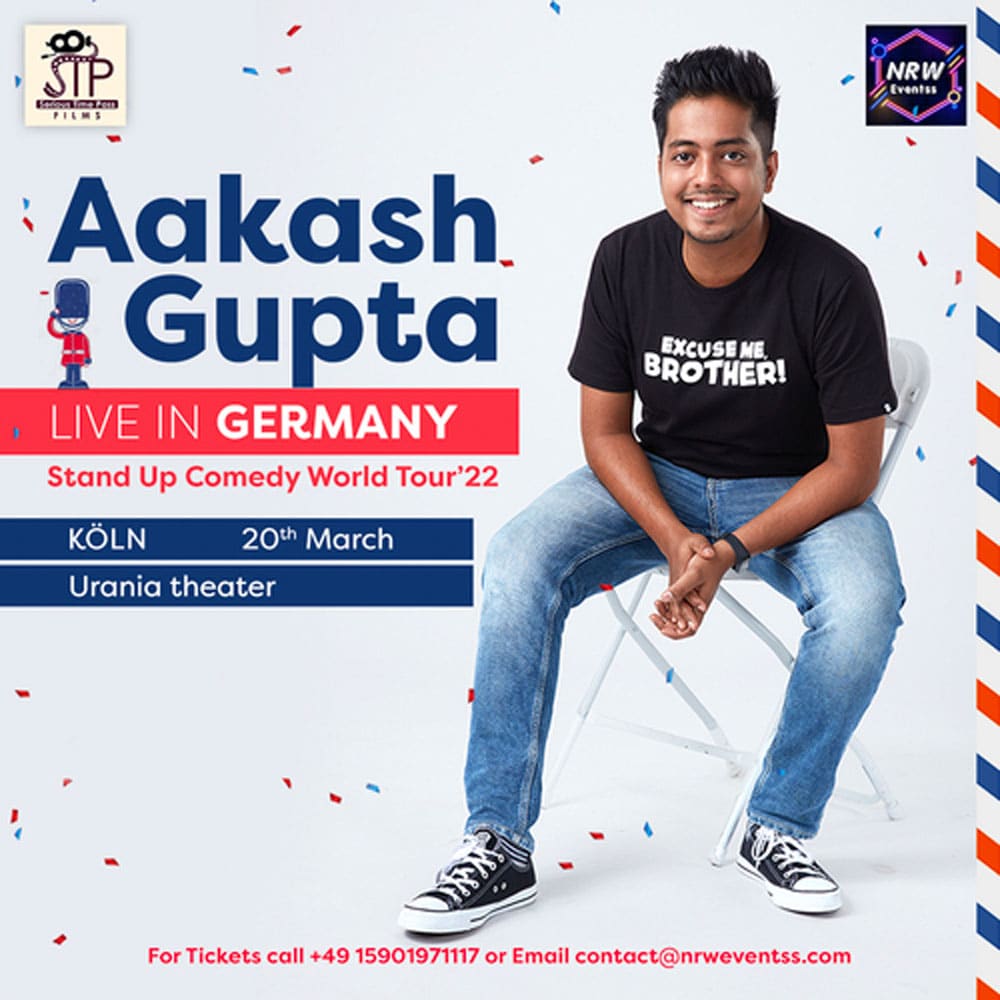 Aakash Gupta, Winner of Amazon Prime Comicstaan Season 2, is one of the top comedic voices of his generation, who has achieved success on internet and on stage. His extremely popular stand-up videos on YouTube with fan favourite lines such as “Excuse Me! Brother!” and “Shampoooo” have been viewed over 190 million times and trended heavily on social media. With more than 500 sold-out stand-up gigs under his belt, there is little doubt Aakash will have audiences in stitches with his witty, relatable humour on the international leg of his show. Coming straight from Delhi’s Sarojini Nagar to a theatre near you!