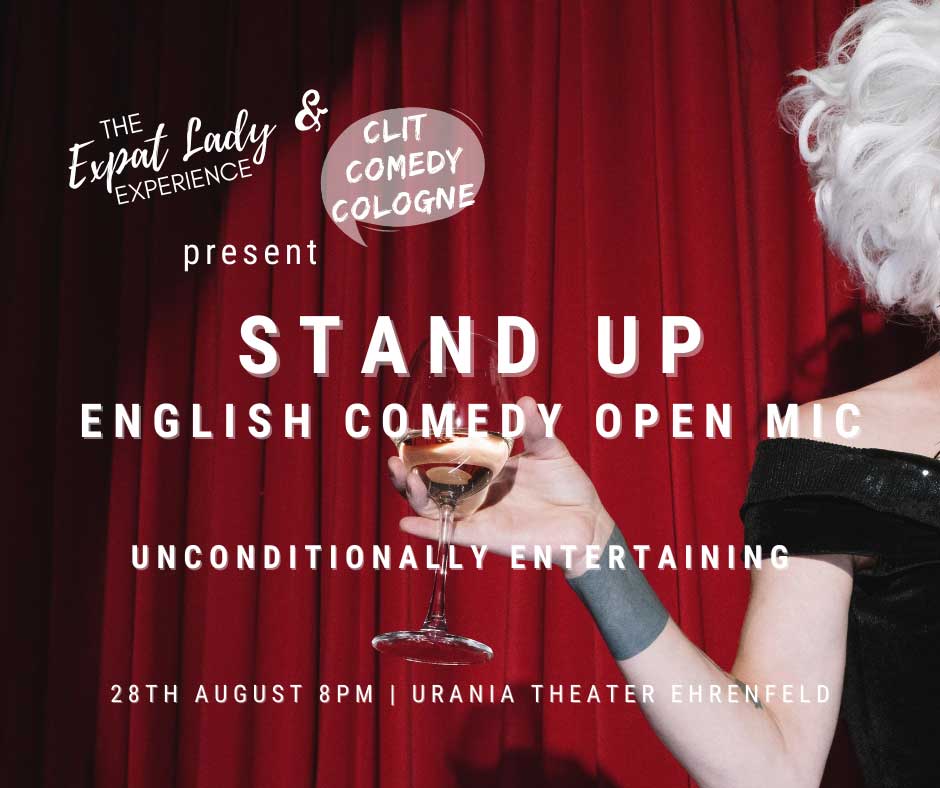 “Clit Comedy Cologne is a brand new inclusive feminist stand up comedy night happening in, surprise surprise, Cologne, Germany. Led by 2 loud and fierce foreign women – Anshita and Mari – this comedy space is something to look out for.

Clit Comedy Cologne’s first English stand up comedy night features an all-female line up of new and not-so-new faces in comedy from the USA, India, Belgium, Netherlands, Estonia to name a few.

For our first ever show we’ve decided to conduct totally legit official academic study into the age-old question – “Are women even funny?”

Buckle up buttercup and come see for yourself! You may or may not be surprised at what you’ll find!

The show will take off  at Urania Theater on August 28th at 8pm.”