One can talk of affairs of the heart with composure and things of the mind with feeling. For that, one just has to reconcile - or even unite - the irreconcilable. Which is precisely what this trio does, in its singular way of linking expressionism to restraint and generosity to a certain re" rel="bookmark">Outlook

One can talk of affairs of the heart with composure and things of the mind with feeling. For that, one just has to reconcile – or even unite – the irreconcilable. Which is precisely what this trio does, in its singular way of linking expressionism to restraint and generosity to a certain reserve, without ever sacrificing one to the other. Its hallmark? Understatement. Stéphane Tsapis
and Marc Buronfosse – both members of the Georges Paczynski trio, where they are very much at home – know how to make music which is as sparse as it is inspiring. Guilhem Flouzat too has perfected the precious art of creating fervour without frenzy. No showy outpourings here, but rather a distilling of emotion which excludes neither eloquence nor interiority – as long as they go hand in hand.

But it is clear that this music, however understated, has no intention of mincing its words, nor of stopping at the surface of things. If you know your target and hit the mark, you can afford to pull your punches. With « Border Lines », Stéphane Tsapis, who won the 2014 Ellington Composers Award – and one understands why – has realised a highly original album. He set out to present, as he says, « a musical panorama of Greece past and present », and to conjure up « different regions and different periods », combining original compositions with « arrangements of Greek standards ». At the same time, he wanted every sequence of this film unfolding for the listener’s imagination to « explore the concept of border ». 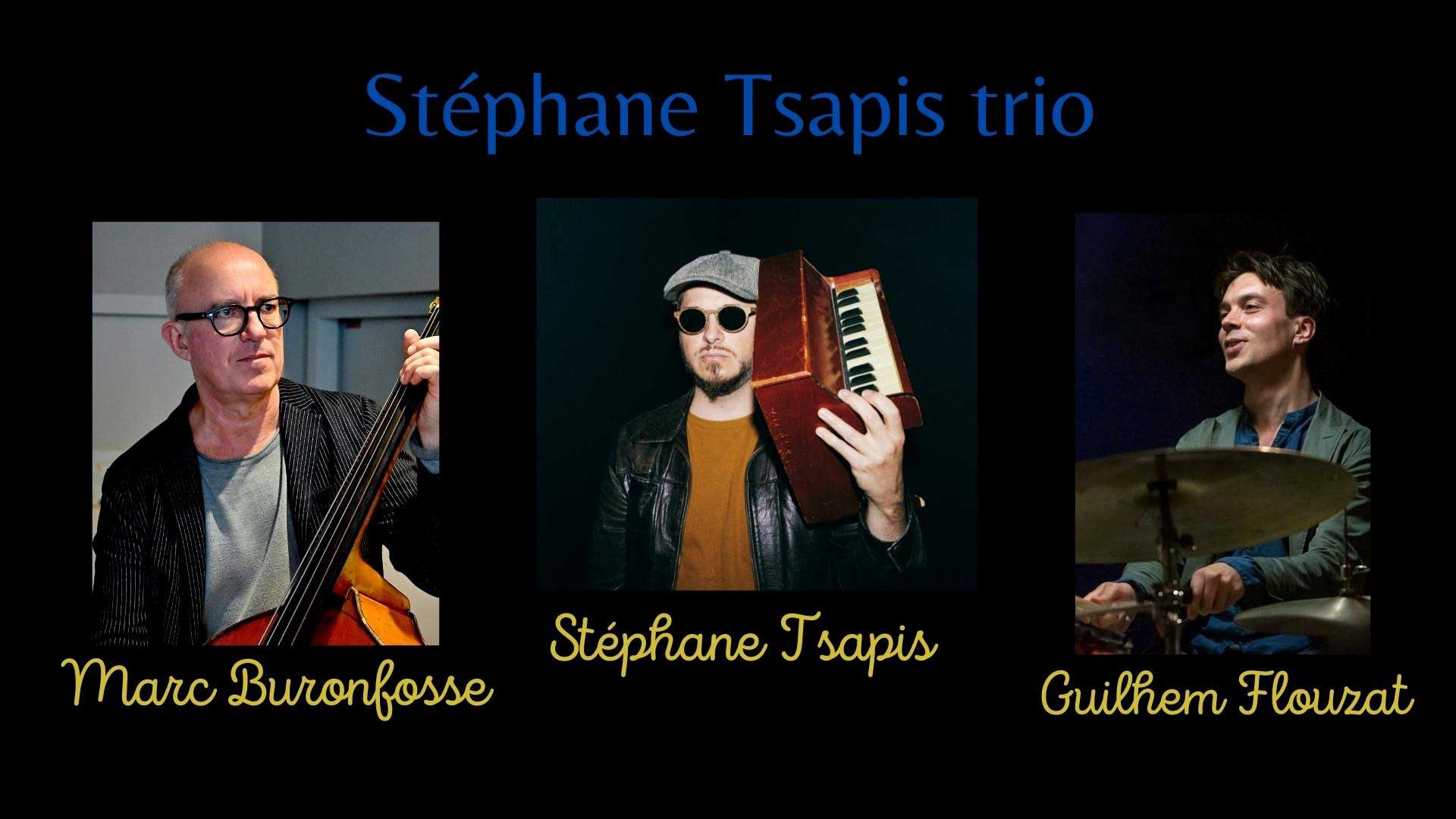 Stéphane Tsapis is a passionate traveller, composer, and pianist who has forever been building bridges between his Mediterranean roots and multicultural Paris, the international gateway and melting pot where he grew up.

In 2015, he formed a trio with Marc Buronfosse and Arnaud Biscay. They have since toured such varied places as Romania, Greece, Columbia, Japan, Mexico and Tadjikistan with their album “Border Lines”, not forgetting an occasional visit to France.

As leader of the group Kaïmaki, Stéphane Tsapis produced the album “Mataroa” as a showcase for the spoken word, specifically his own father’s voice recounting the forced exile of Greek people caused by the civil war. With his album “ Le Tsapis Volant”, (“The Flying Tsapis”, a pun on the French “tapis volant” for “magic carpet”), the aim was to blend the particular voice of the oriental piano, a singular musical instrument producing a unique sound, with female voices from wide-ranging backgrounds. It was meant as a musical retrospective featuring his artistic collaborations from the recent past.